If you’re planning to spend money on our excellent water saving products, then you need to keep them in working condition and well looked after so that you enjoy the greatest possible water savings while seeing no difference in the way you shower or use the taps in your home.

Thankfully, looking after your AGUAFLUX water saving products is easy to do, and will ensure you keep them in working condition and enjoy years of water savings.

Many problems with new products begin when you buy them and fit them to an appliance without properly reading the instructions or guidelines that come with them.  All of our products are intuitive and easy to use, but we still supply you with instructions for how to use them so you’re not working blind.

Take the time to ensure you fit your shower head, nozzle, or flow aerator correctly, and you’ll be instantly enjoying excellent water and energy savings with 100% efficiency.

Vinegar is most regularly cited as the liquid to use when you need to clean lime scale or other mineral deposits from a shower head or faucet aerator.  We’d recommend you follow this advice, although a lime-cleaning product will also do the job if you feel somewhat uneasy about soaking something in vinegar that you’re then going to stand under later!

Also, you should use the cleaning process as an opportunity to ensure fittings haven’t become loose or your products or leaking, and buy any replacement parts, in the unlikely event that you need them, before refitting the shower head or aerator and using.  When you’ve finished cleaning, ensure you remove your chosen cleaning solution from your product by either thoroughly wiping or immersing in water.

AGUAFLUX water saving products are a great opportunity for you to help out the environment as well as save yourself a significant sum of money; taking the time to ensure your products are always in working condition will ensure you enjoy the greatest possible benefits.

If you’re unsure of the differences between a conventional shower head and a water saving shower head, you’re potentially missing out on massive opportunities for saving water as well as money on your consumption and energy bills.

It is well known that the area of the home where many of us use the most water is the bathroom; this is particularly true if you have a large family or live in a shared home where four or five people are regularly taking showers or baths, for example.

While there’s little you can do to save water while having a bath, save for resolving to bathe in as little water as possible, a product as simple and cost effective as a water saving shower head can make a huge difference while showering.

These are widely seen on older shower models, but are also a common feature of power showers.  Although many countries around the world, including the United Kingdom and the United States, now have legislation restricting how much water flow a shower head allows, the limit is usually still significantly higher than what is actually necessary to enjoy a shower.

Therefore, even a modern conventional shower head that meets legislation is usually responsible for some level of over consumption of water.

Many companies, including ourselves, realised the huge opportunity there was for saving even more water in addition to what various governments have written into law.  A water saving shower head can reduce water usage by up to 60%, depending on where you live and the type of shower head you already have.

Our products reduce water flow through your shower to as little as 6.5litres per minute, but use a variety of techniques to ensure that you don’t feel as if you’re showering under a feeble dribble so that you don’t notice any difference in your shower experience.  In addition to the water savings, you’ll also reduce your heating bill massively as every shower you have means you’re only heating half the amount of water.

If you’re able to use a water saving shower head, then doing so is a no-brainer.  If you have a modern electric shower, however, water flow is already controlled, so you don’t need such a product.  In fact, using one can damage your appliance and cost you a small fortune in repairing or replacing it.

If you’re using a hydraulic shower, however, then a water saving shower head represents a great opportunity to help the environment as well as your pocket.

Saving water in your home

Use a water-saving shower head to cut down on your water consumption when showering without having to give up on comfort. There are, however, huge differences in terms of consumption, price, and quality. A regular shower head uses about 16 liters of water per minute. Savings of up to 50% (water, energy, and hence, your money) are realistic. In our opinion, hand-held shower heads with a consumption of less than 8 liters per minute cease to offer a comfortable and desirable shower experience. They simply use too little water.  There is a limit as to how much you can reduce the water flow rate—there comes a point when you simply don’t get properly wet anymore … A water-saving shower head with multiple settings options (e.g., massage jet) certainly offers an ideal combination of saving water and having an exclusive shower experience.

In addition, there are water-saving shower heads with, e.g., “Fog”, “Massage”, “Soft”, „Rain/Soft” jet types. If you are looking for a “Rain” shower head please make sure to check that the shower head is 110mm in diameter or more. As a general rule, the larger the shower disc the softer and more comortable the water jet. Modern water-saving shower units are mostly very pleasing to the eye and now offer a shower experience very similar to that of hand-held shower heads.

To make sure your water-saving showerhead enjoys a long lifecycle, we recommend the following care: Never use abrasive cloths or detergents. You should also avoid the use of detergents containing solvents or acids, descaling agents, distilled white vinegar, and detergents with acetic acids. They all have corrosive properties—your shower head will get scratched and lose its shine. Simply use mild soap and a slightly wet cloth to polish your shower head. Then rinse and dry it. Drying your shower head after each use will avoid the buildup of limescale.

If you want to save water without replacing your existing shower head we recommend purchasing a flow restrictor. This upgrade product is screwed onto the shower hose at the water outlet. It is easy to fit and you can save a lot of water this way.

And finally, another, slightly less serious tip for saving water in your home—if you don’t shower alone, you can save at least another 50% of water and energy …

The European Water- Directive (WRLL) came into force on 22.12.2000. It obligates the EU-states to protect it rivers,lakes and groundwater . The fundamental  target  is to archieve a  “good water” status  no later than in 2027 .

The protection of water resources should not be passed solely on the political level and industry-environmental awareness begins in basis! If every individual in the world is aware of its own budget, and acts reasonable, it can eventually add up to significant result!

So at this point, here some tips on how you can actively protect the environment:

Maybe you think by yourself of one or other indication of how the environment and our water resources can be protected?
The implementation of the WRRL is one of the greatest opportunities for protection water.

It must be strictly monitored and should not be overused by exceptions! 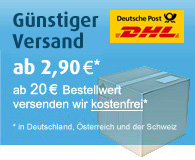 * Saving potential per year. You find the exact calculation on the product pages.

If water saving was about developing a technology and making money out of selling it, then the technology would have never been able to deliver results. A technology is efficiently construed and executed only when the company feels for the problem at hand instead of prematurely fantasizing about the end result. At AGUAFLUX®, saving water is not only about developing technology but it is a way of life which is imbibed in each and every individual who is associated with the organisation, directly or indirectly. The company offers various water saving solutions and products, through which one can do one’s bit towards mother earth and save some money at the same time.

Did you ever imagine that your contribution towards the environment could be as much as 50 - 60% reduction in your water consumption? That is what the faucet and tap aerators and also water saving shower heads, by AGUAFLUX® Watersaving, do to your water saving. The water flow is regulated by these water saver products, in a way that not a major impact is realized. While in the water saver shower, you can realize that the usual splash is replaced by a calm flow of water; such change will bring more pleasure to you instead of hampering your bath time gratification. Therefore, while you please your senses under the water saver shower, you are bringing about a whopping reduction in your water bills. Hence, these water saving products make sure that elimination of guilt, of having used excess water, is met with an equally sharp rise in your happiness with your water bills plunging.

If you have already been impressed with these water saving products, then there is no need to wait. Give these water saver products a try today and experience how they can make a difference to your life.